Sonoma County home sales dropped 21 percent in July, a sizable decrease attributed partly to the end of the federal homebuyers’ tax credit.
The county recorded 355 single-family home sales last month, compared to 451 in June and 448 in July 2009. The data comes from The Press Democrat monthly housing report, prepared by Rick Laws, manager of Coldwell Banker in Santa Rosa.
The median sales price for July remained virtually unchanged at $359,900.
For the first seven months of the year, single-family home sales are down 8 percent compared to same period in 2009. Last year the county recorded 4,700 homes sold, slightly below average for the last decade.
Real estate analysts have pointed to falling sales around the country in the aftermath of the federal tax credit. Most suggest that the credit of up to $8,000 prompted many buyers to speed up their search for homes. As a result, they said, fewer people are now in the market.
To be eligible for the federal credit, buyers had to sign a sales contract by April 30. Congress extended the time to actually close escrow until Sept. 30, a deadline first set at June 30.
Some real estate brokers and agents maintained the July drop in sales isn’t that significant. A few found hope in the increased number of buyers who signed 534 contracts last month to purchase single-family homes. While not all those deals ultimately will result in a sale, the number of homes under contract nonetheless was the largest in at least two years.
“The indication that the buyers are still there is properties going under contract,” said Laws.
Home sales did fall in July, he said, “but I don’t think the lack of a tax credit is going to kill our market.”
Others voiced concern about a possible slowdown in sales for the rest of the year. They noted that July typically is a prime time for home purchases.
“Sellers need to sharpen their pencils,” said Mike Kelly, an agent with Keller Williams Realty in Santa Rosa.
At Tuesday’s breakfast meeting of the North Bay Association of Realtors in Santa Rosa, members took part in an informal survey on expected sales.
Less than half the group of 120 raised a hand to indicate their views, but by far the largest number who did expect sales to stay flat for the rest of the year. That was followed by those who thought sales would increase, and finally by a few present who expect sales to decrease.
— Robert Digitale 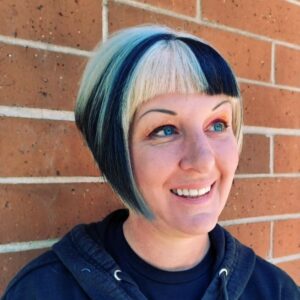