Californians purchased homes with cash at a record pace last month, and even in Sonoma County the rate was nearly double the average for the last decade.
Nearly 31 percent of all houses and condominiums bought in the Golden State in January were purchased without a mortgage, according to San Diego-based DataQuick Information Systems.
That compares with nearly 29 percent a year earlier.
DataQuick analysts suggested investors and other buyers were taking advantage of lower prices and less competition this winter, normally a slower time for sales.
In Sonoma County, cash purchases last month amounted to 28 percent of all sales, a fraction of a percent higher than a year earlier.
The county’s cash purchases peaked in February 2010 at nearly 35 percent. For the past decade, the monthly average has been about 15 percent.
The state’s new monthly record follows a record year in 2010, when almost 28 percent of California homes were bought without mortgages.
For the past 10 years, the state has averaged monthly cash sales of about 14 percent.
Buyers of many types of homes often pay cash because they can’t get conventional financing, said Andrew LePage of DataQuick. That includes property purchased for more than $1 million.
Investors also seem to believe that the time is right to take their money and buy homes.
“They’re expecting better returns in real estate, at least in the long run, than in other investments,” LePage said.
The all-cash home deals involved transaction where DataQuick found no indication of a purchase mortgage publicly recorded at the time of sale. The buyers may have used some alternative financing or might intend to later take out a mortgage.
Distressed property made up a substantial part of the transactions last month. About 52 percent of the cash purchases were for homes that had been foreclosed on in the prior 18 months.
Almost 52 percent of last month’s buyers asked to have the property tax bills sent to a different address. That is an indication that the buyer may be an investor or might have purchased a second home for vacationing. DataQuick cautioned that it can’t determine what portion of buyers bought the property for strictly investment reasons.
– Robert Digitale 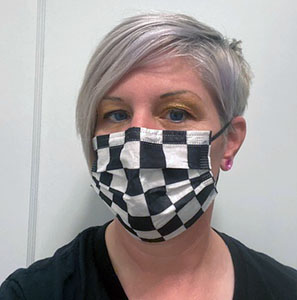