How much does a historic home cost in Sonoma and Napa counties? 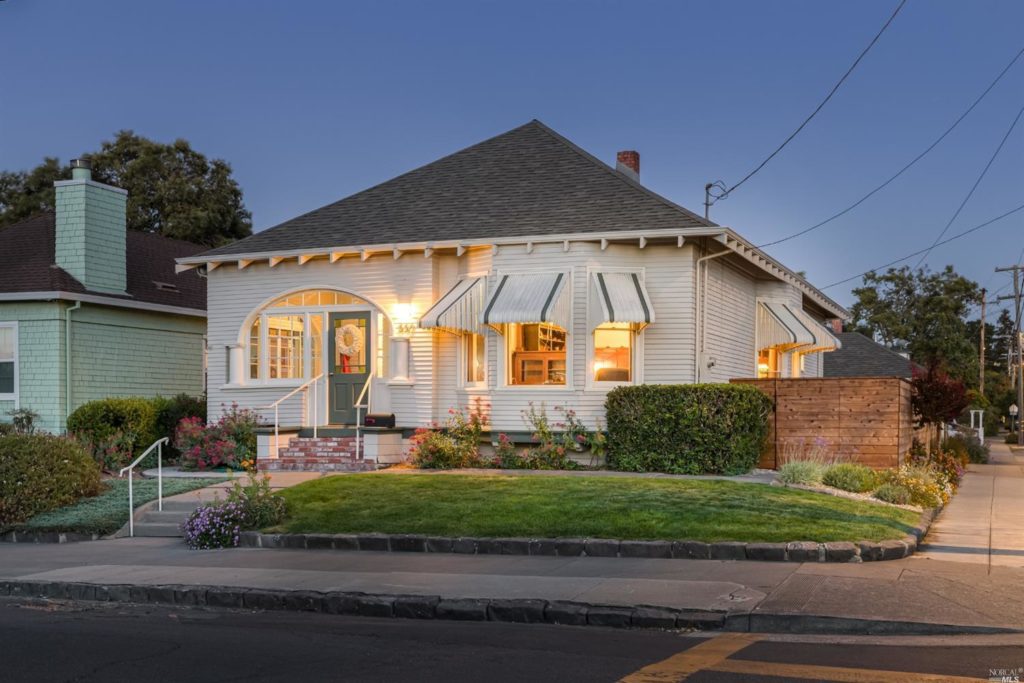 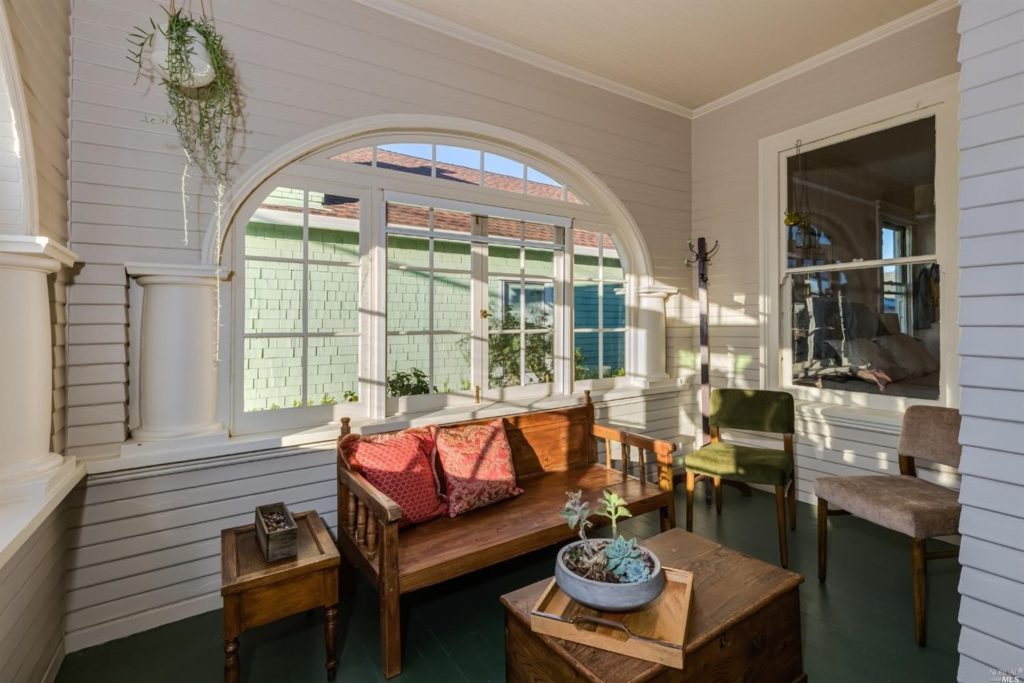 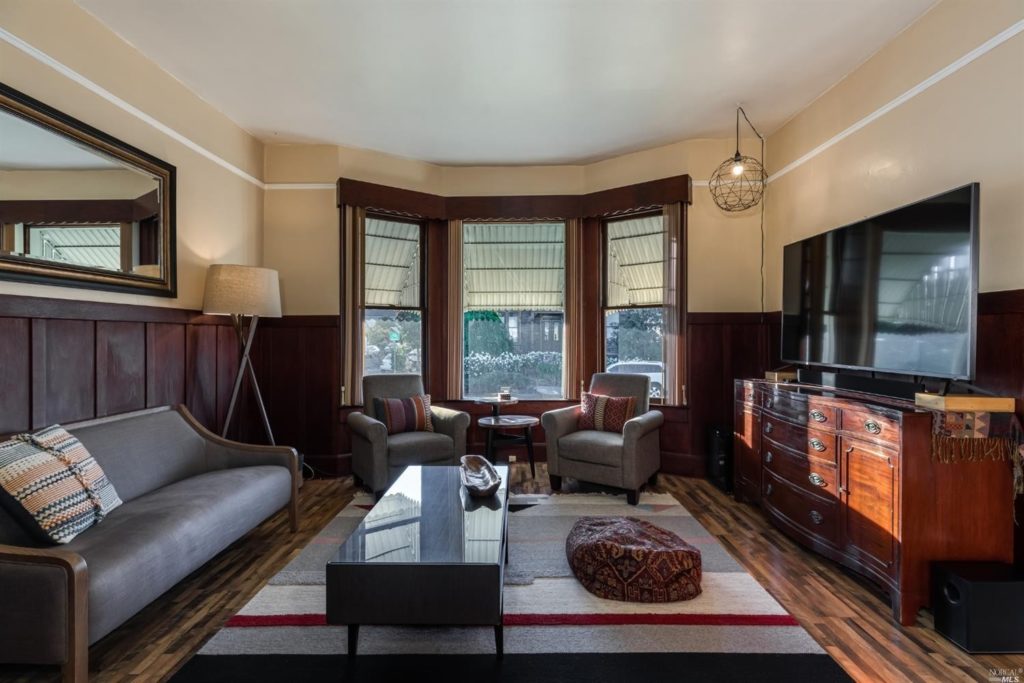 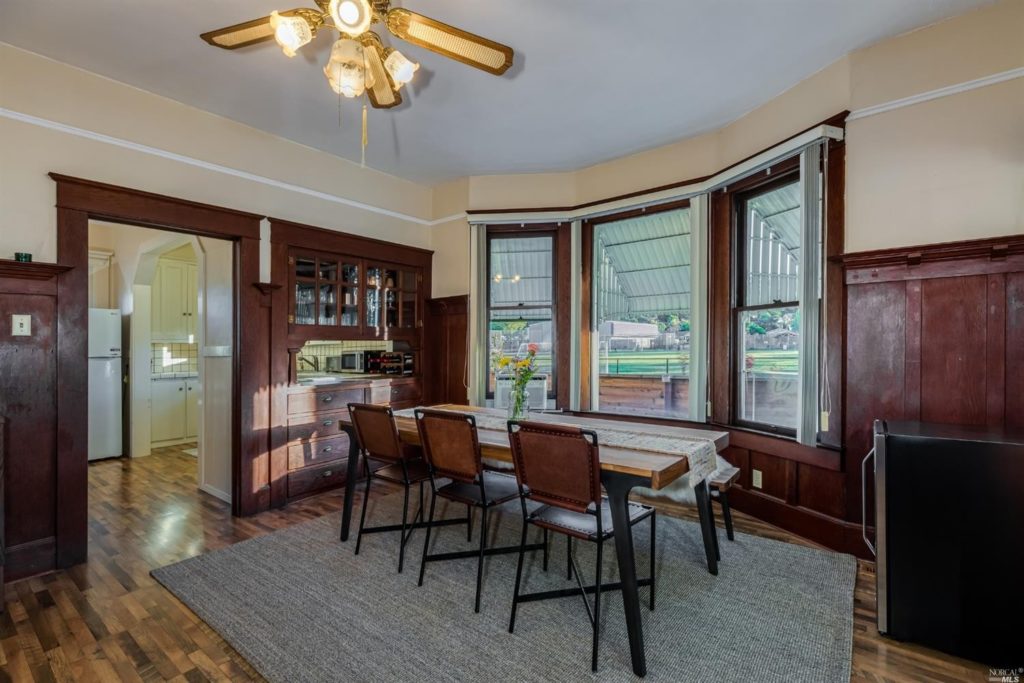 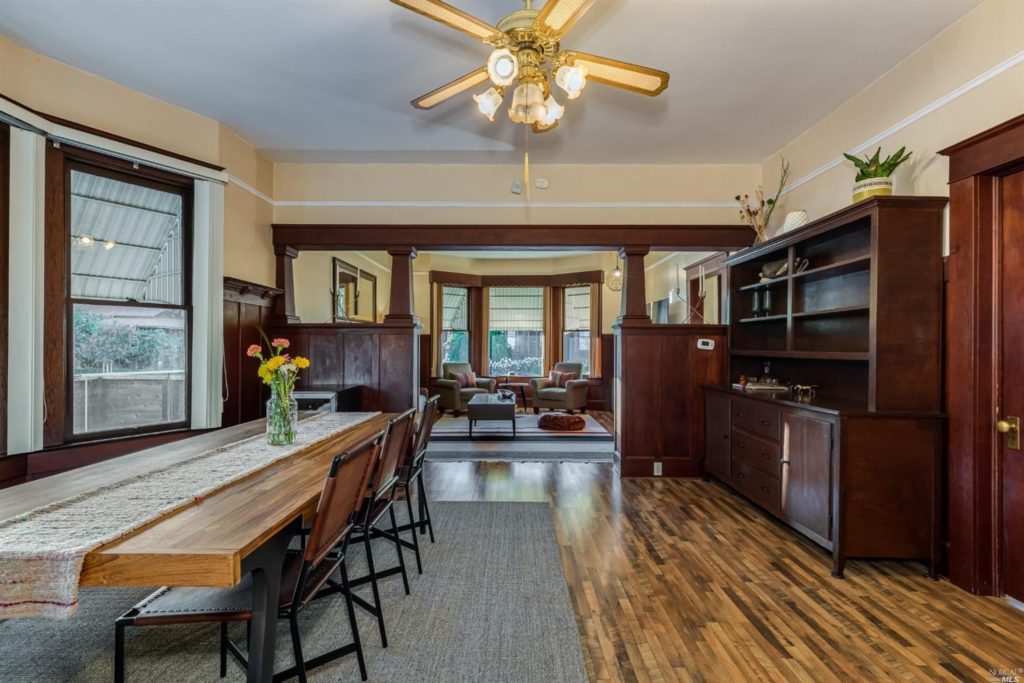 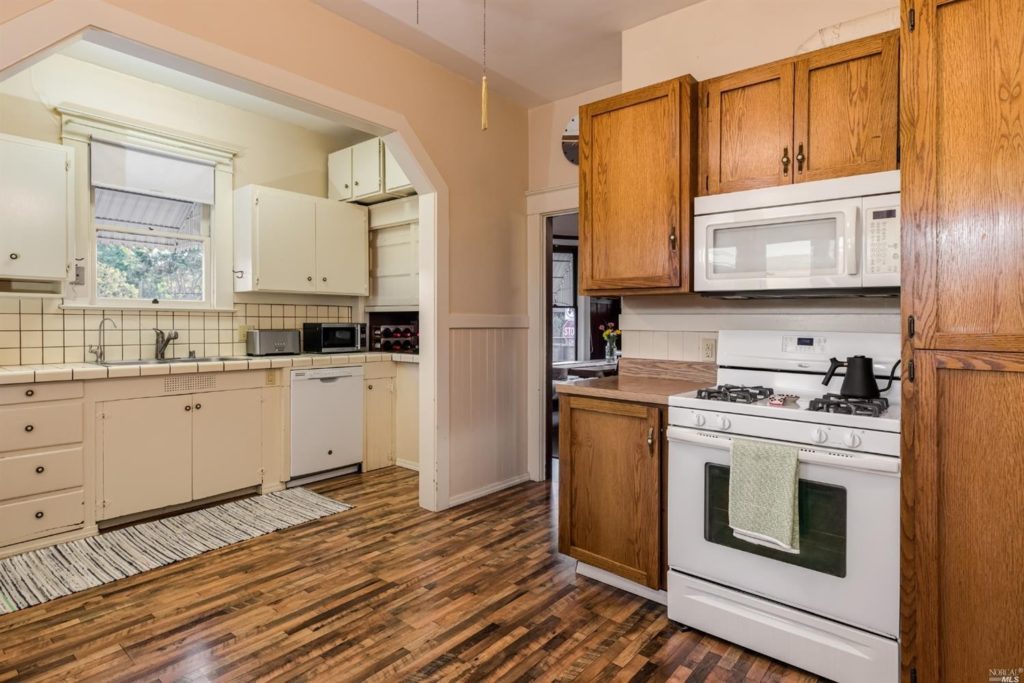 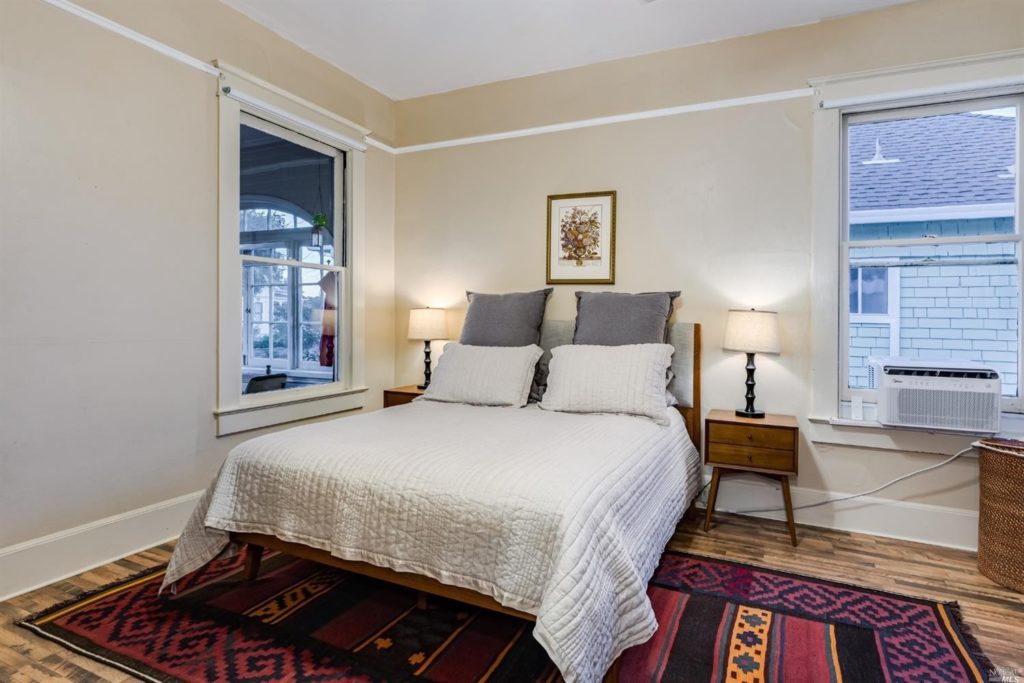 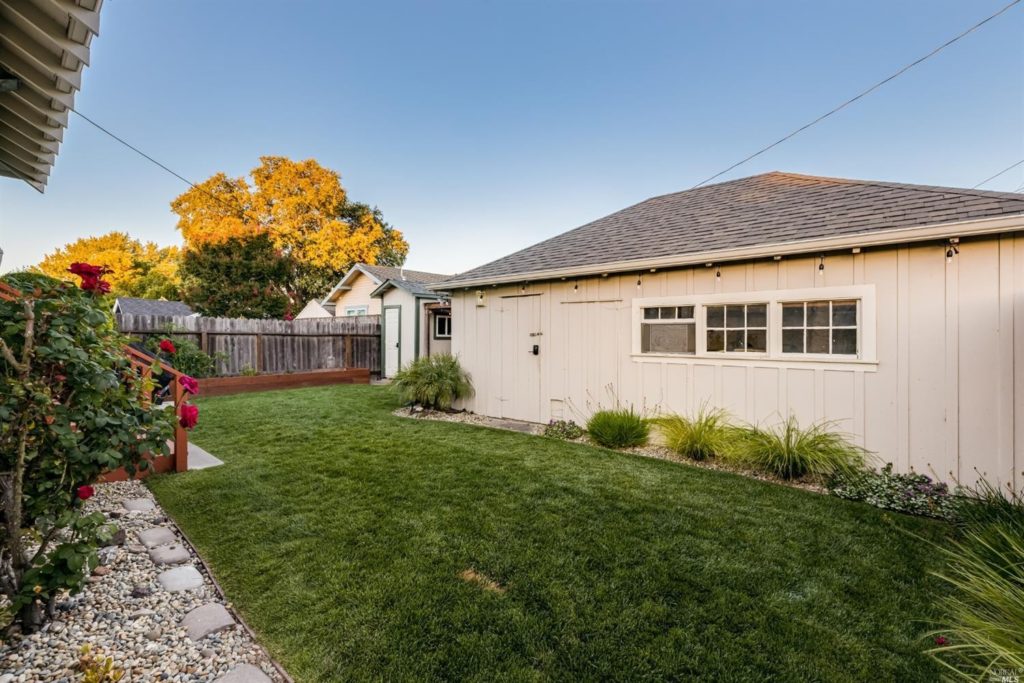 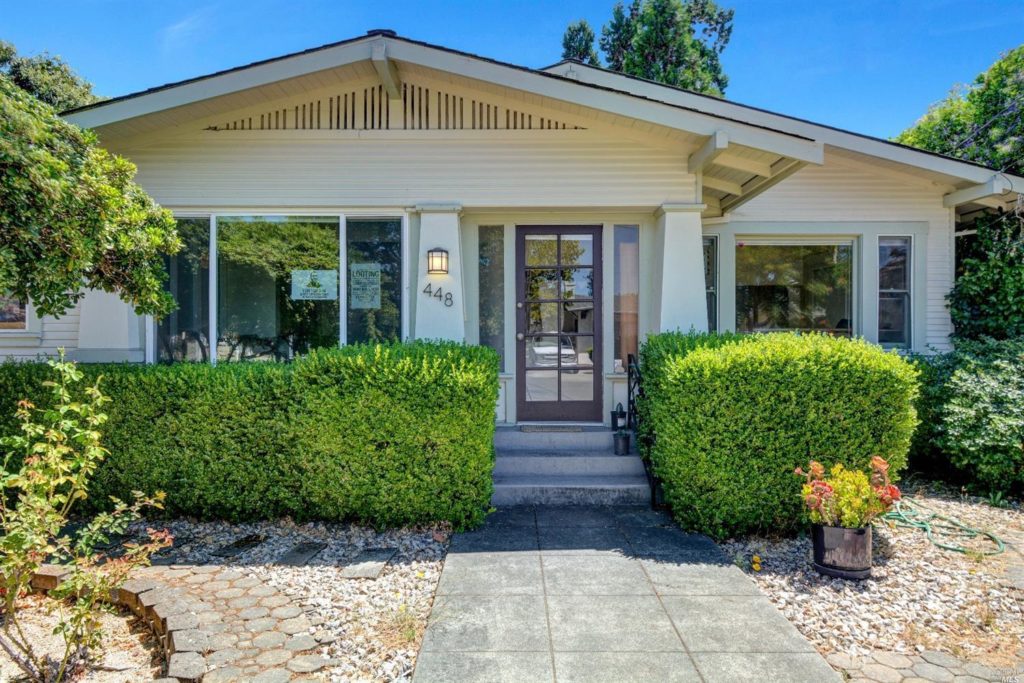 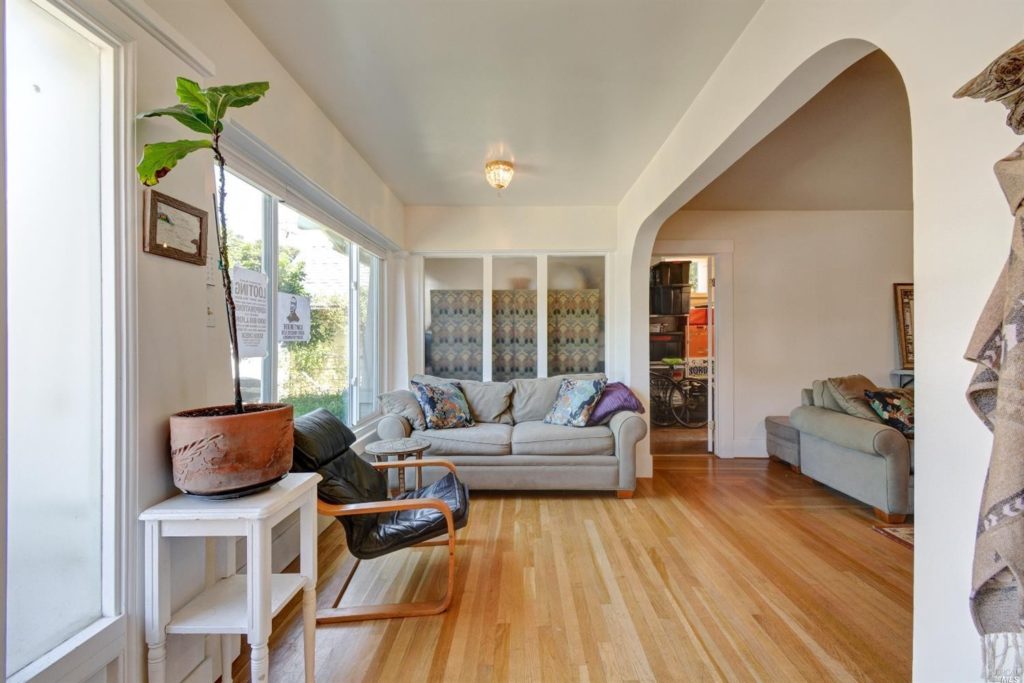 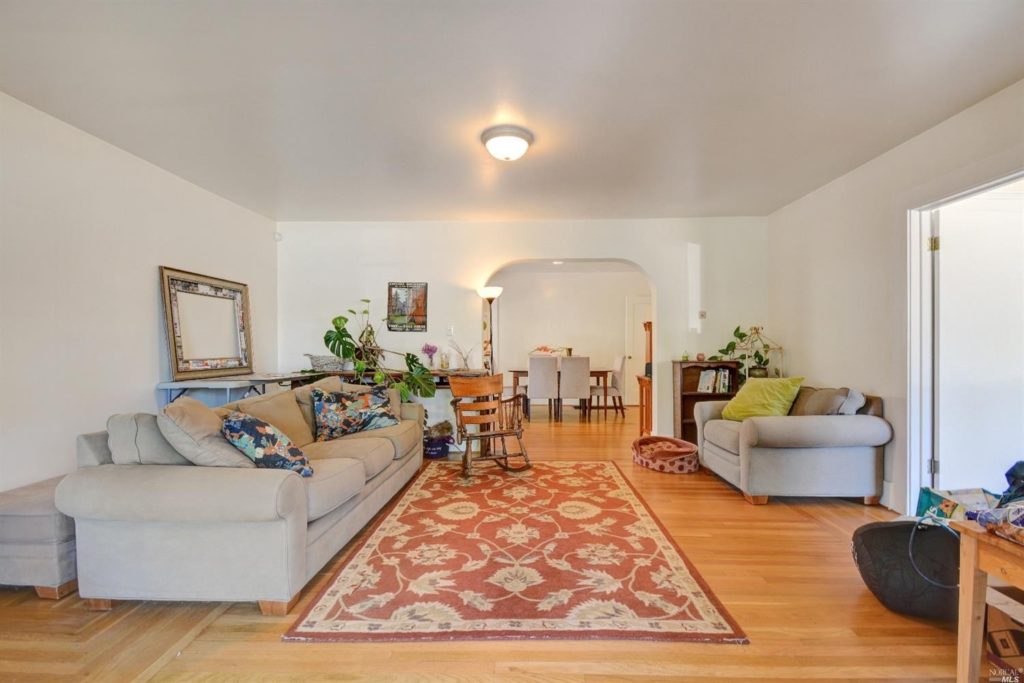 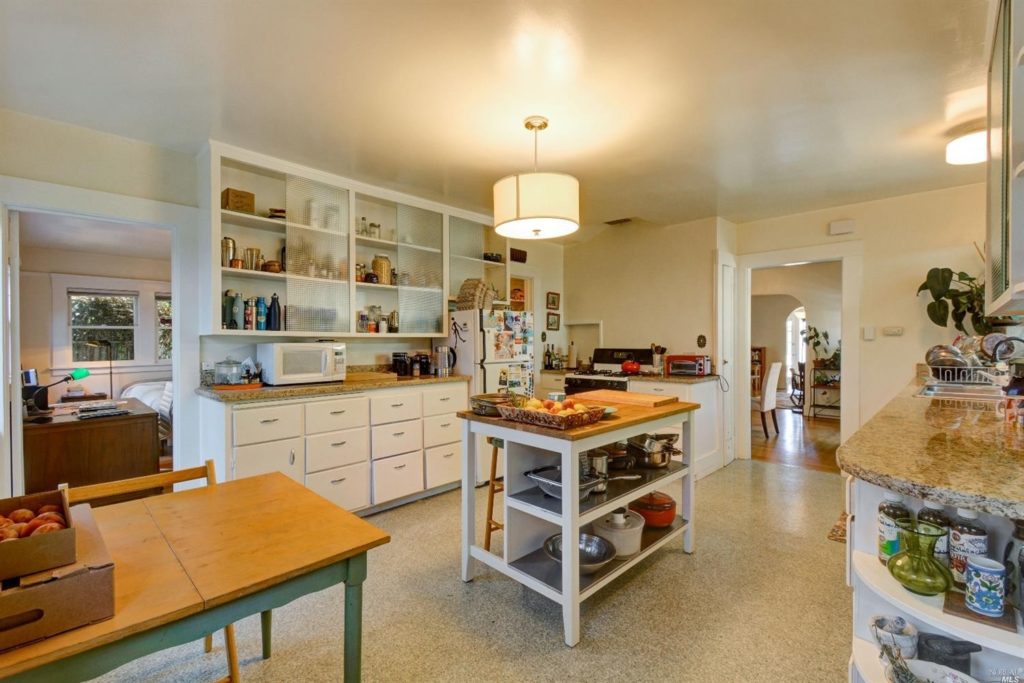 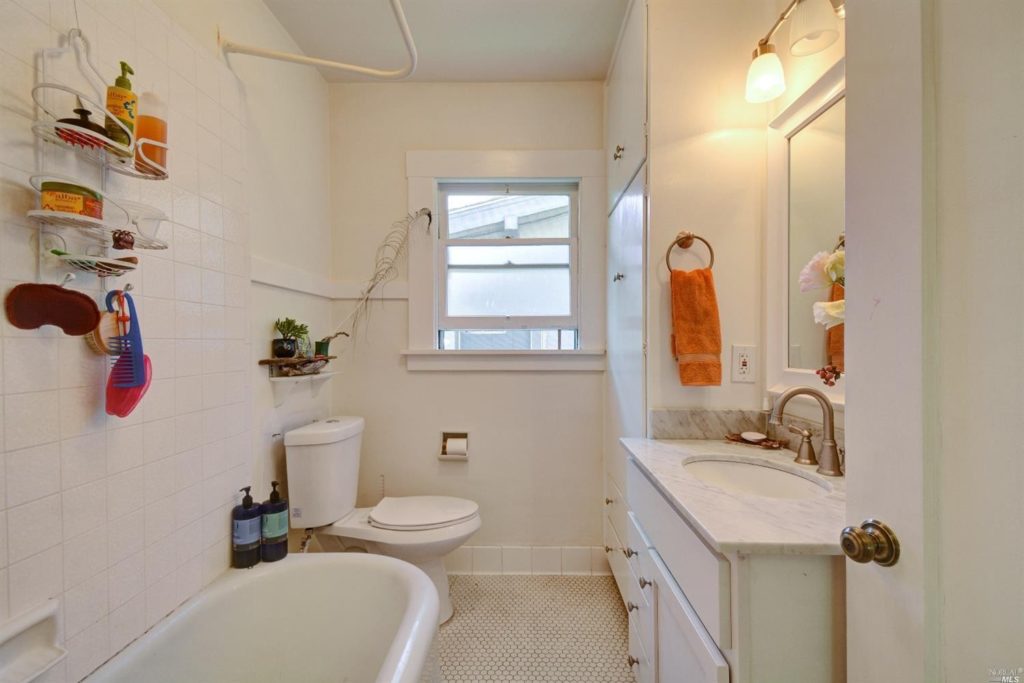 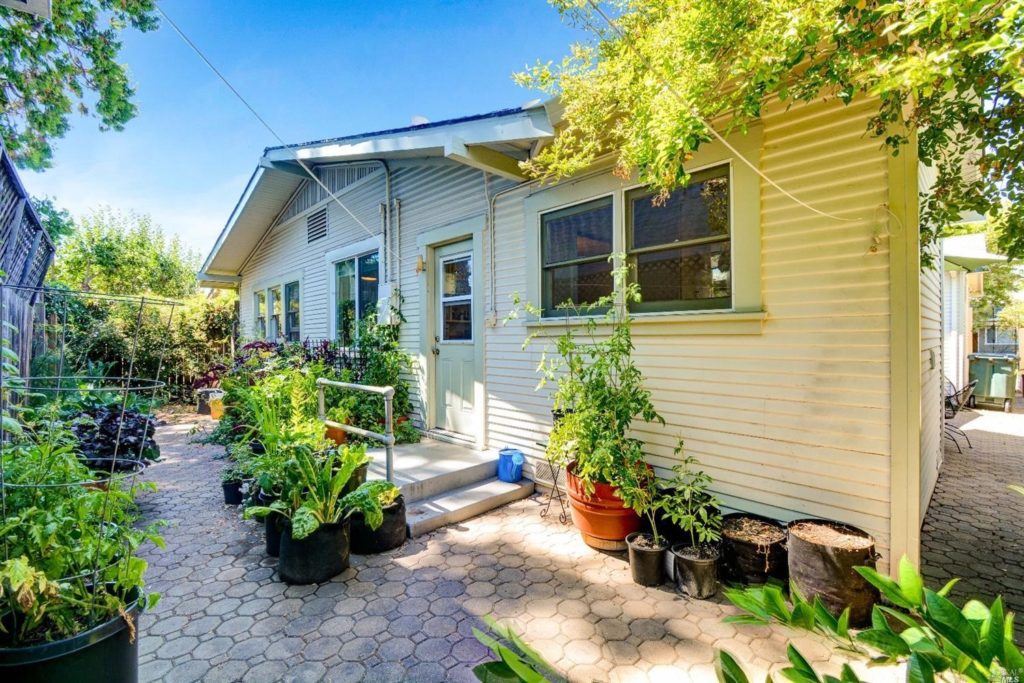 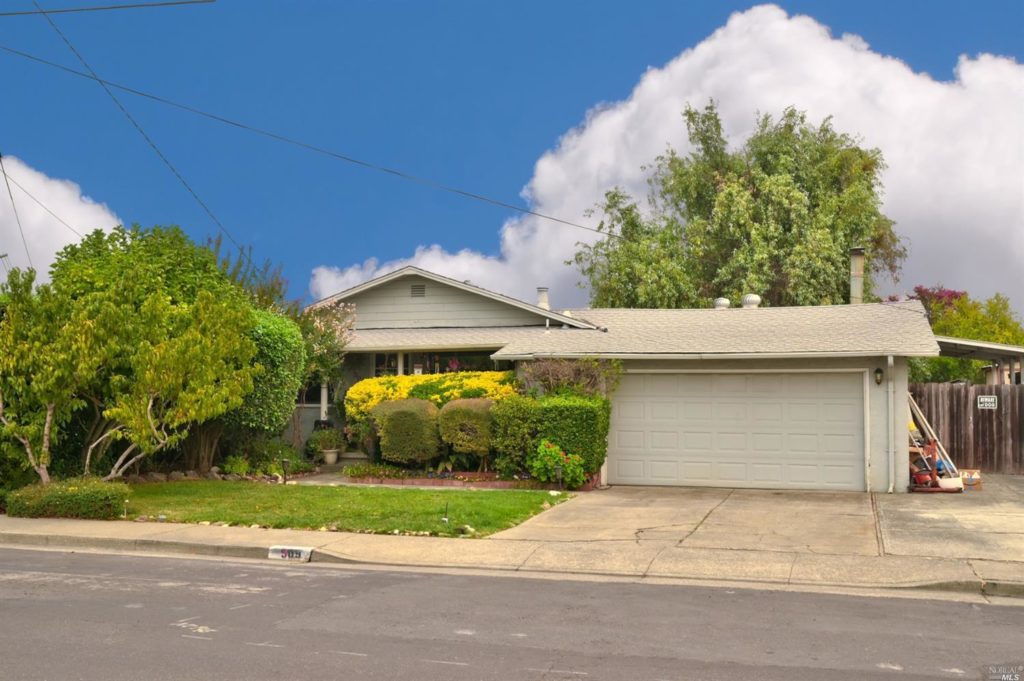 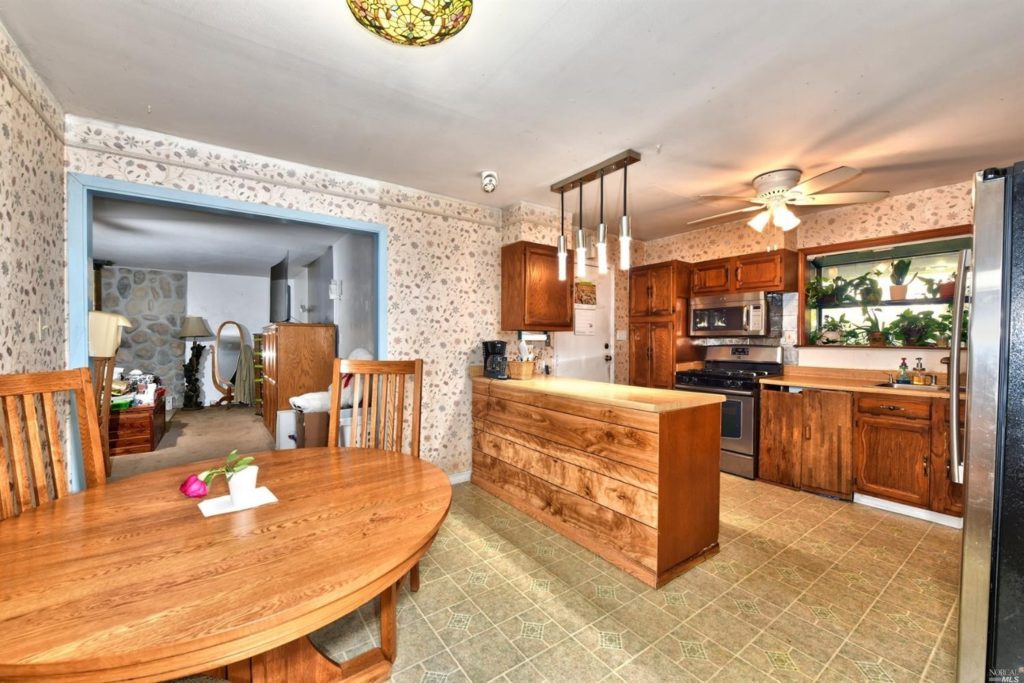 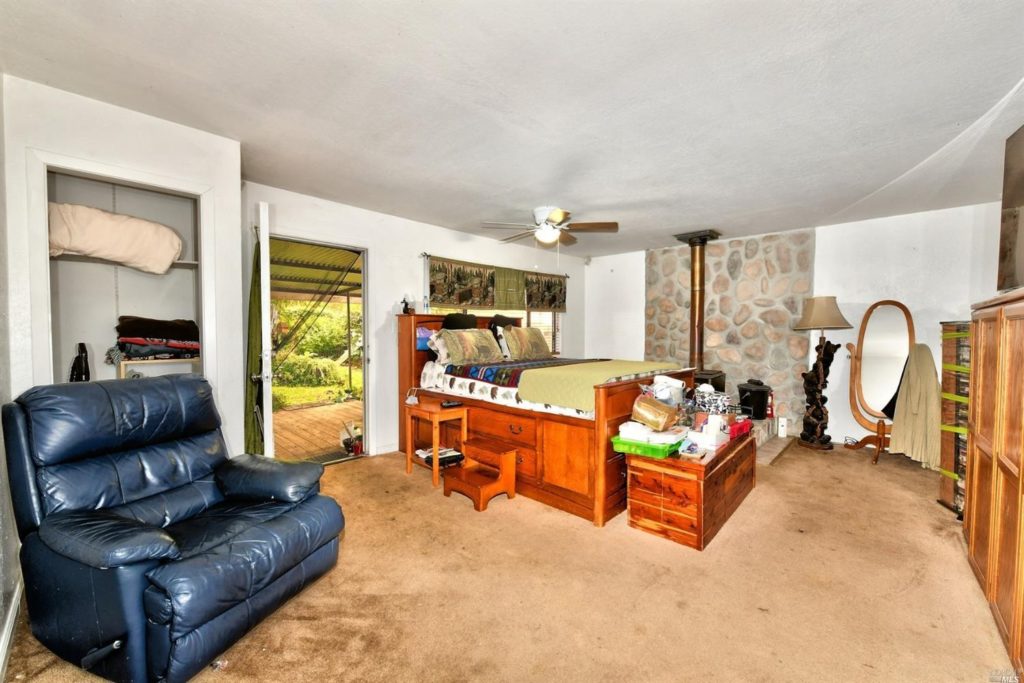 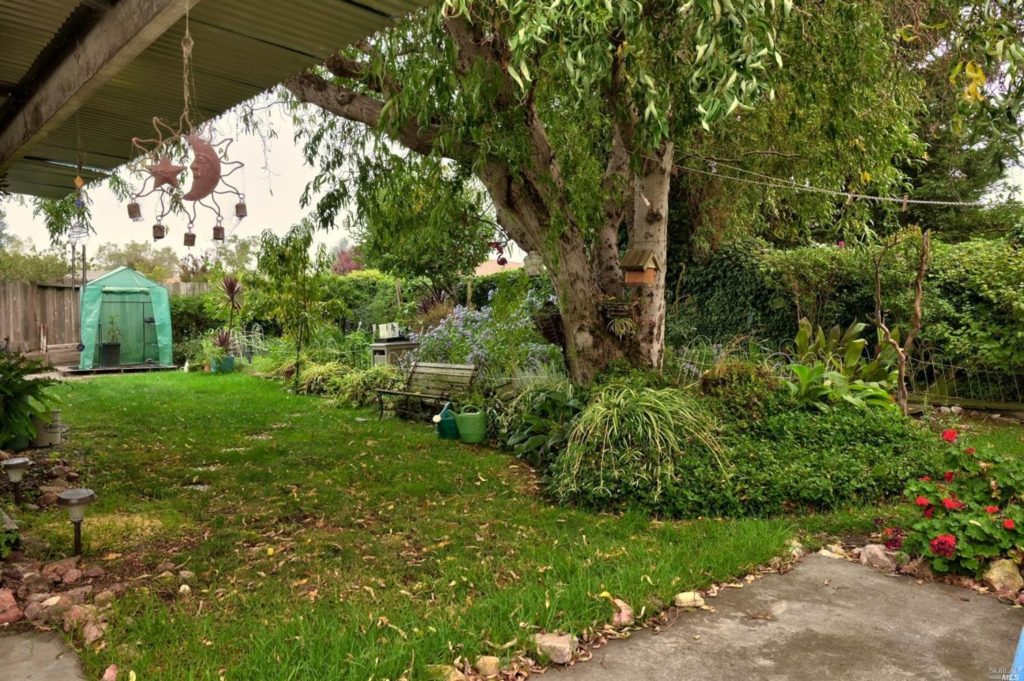 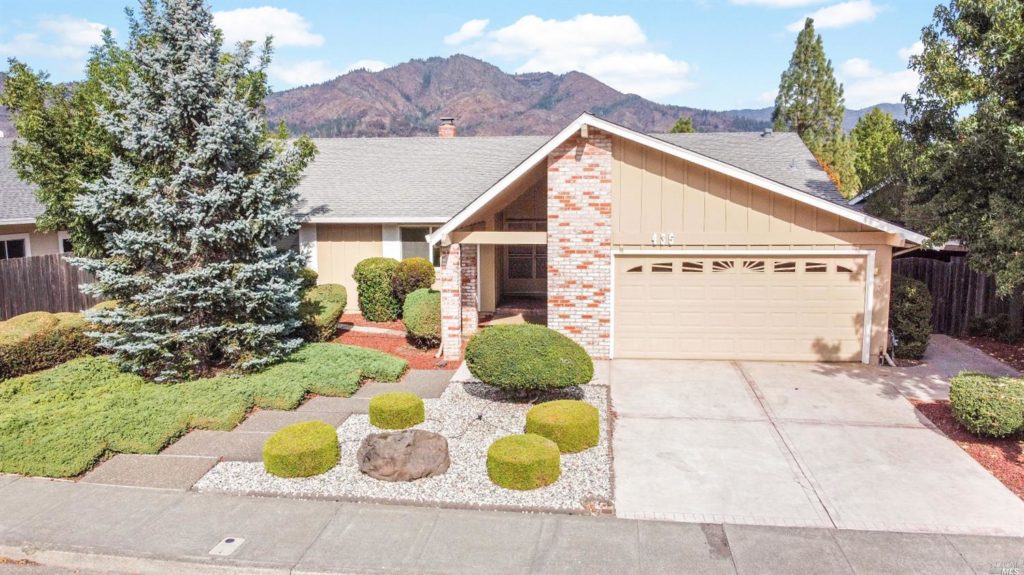 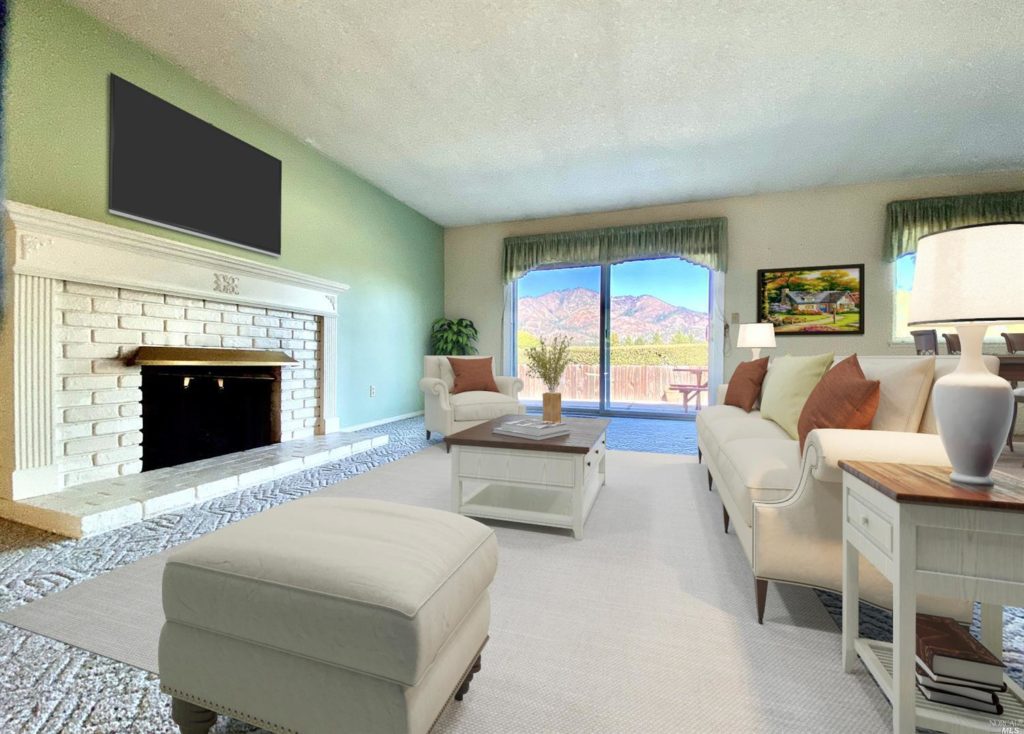 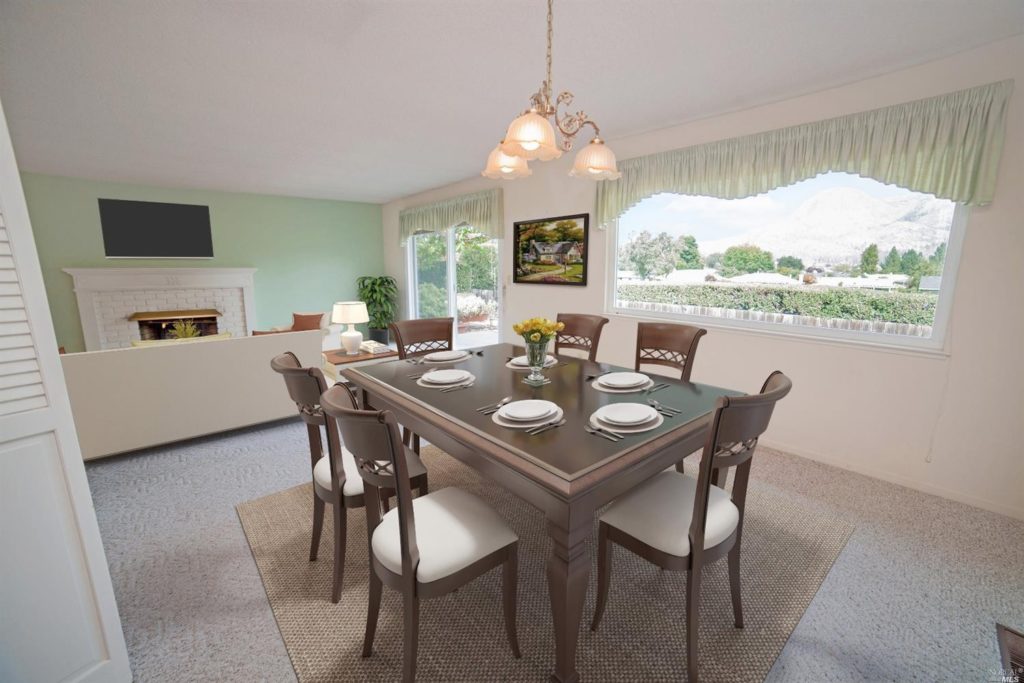 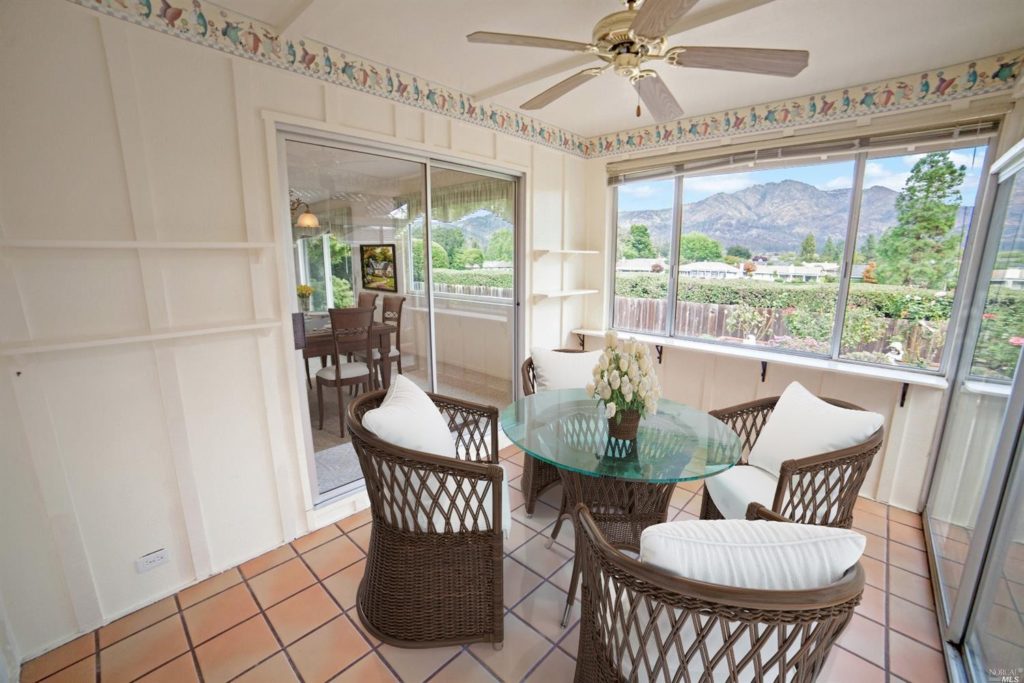 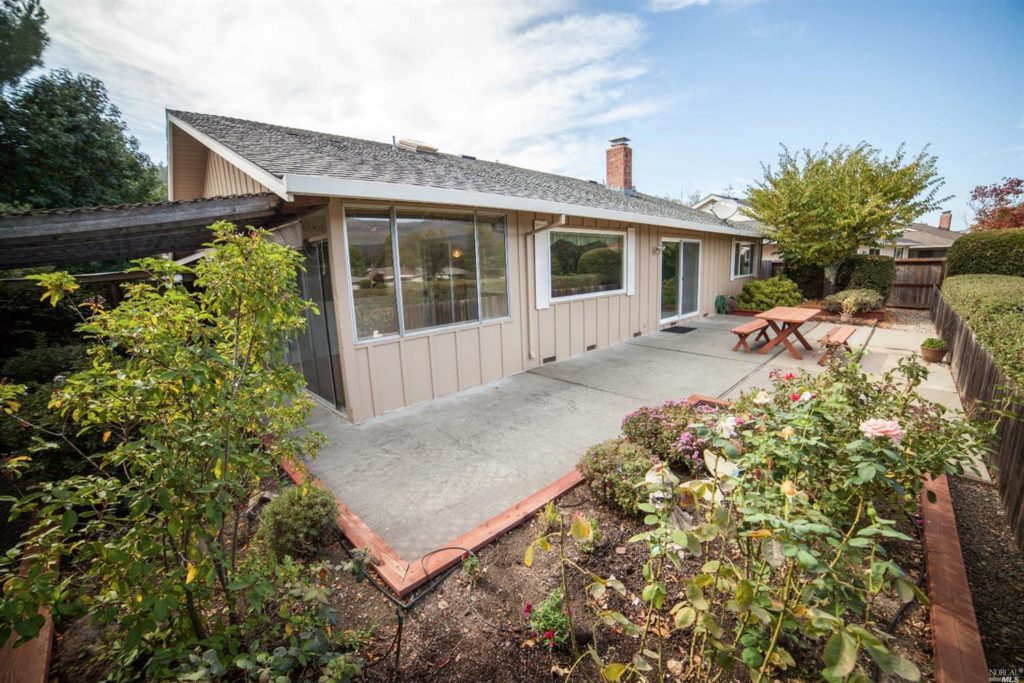 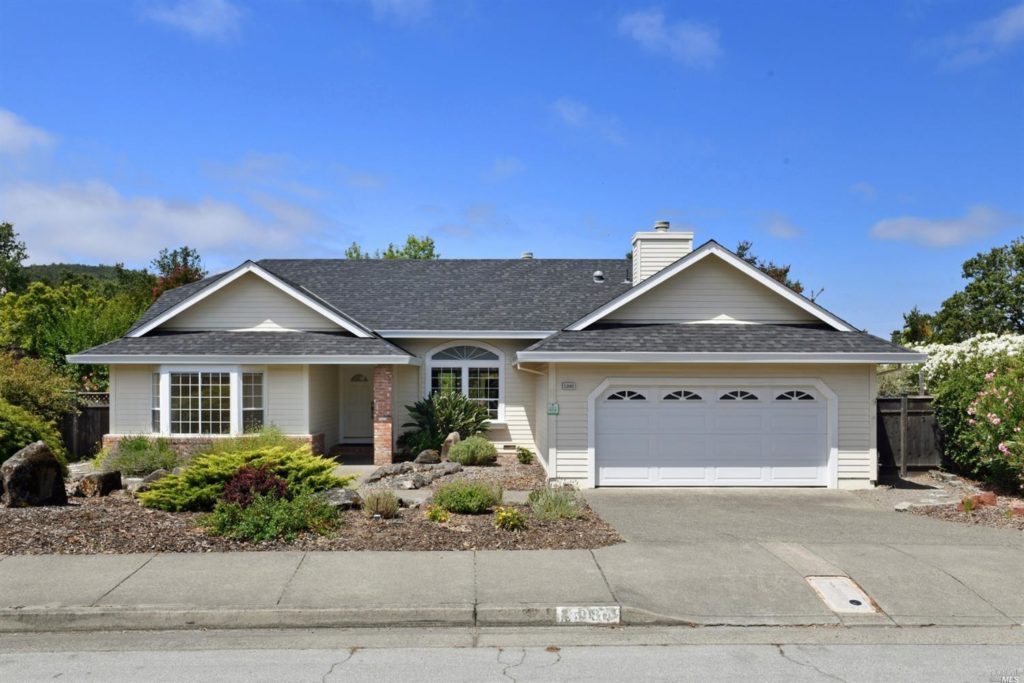 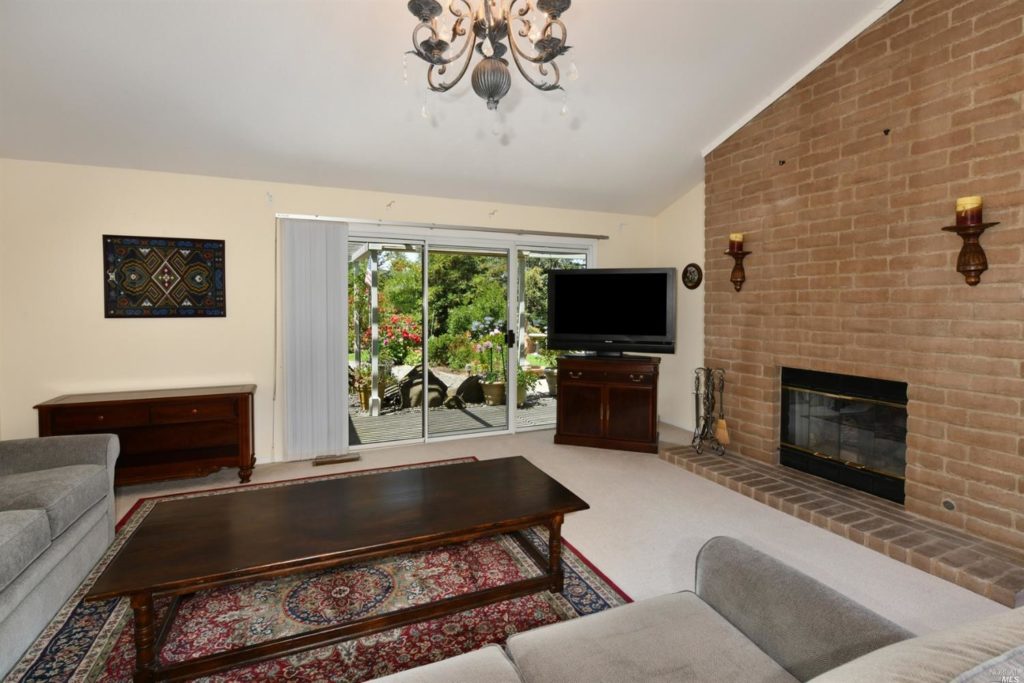 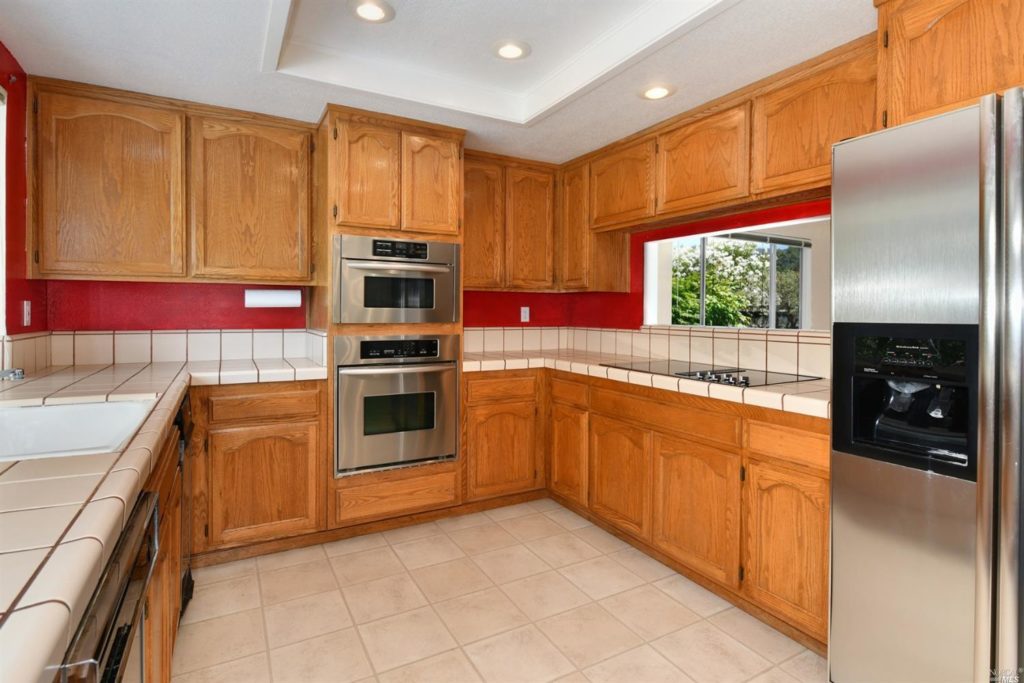 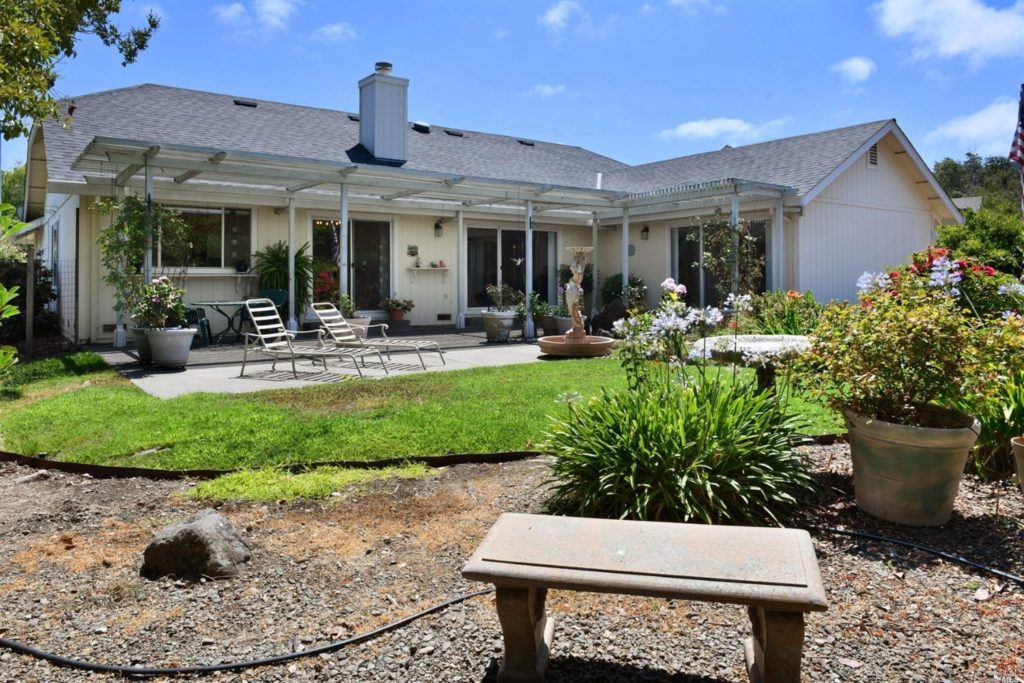 Let there be light: Natural light fills the sun porch through an arched window.

Vintage details: Period wainscotting and a bay window in the living room at 337 English Street.

Go with the flow: Easy access to the dining room from the kitchen via a pass-through window.

Interior: A view of the living room and dining room at 337 English Street.

Foodie's delight: A cook's kitchen with a gas stove.

Sweet dreams: One of two cozy bedrooms at 337 English Street.

Lots to love: Hardwood floors in the living room at 448 Lincoln Street.

Easy, breezy, beautiful: A large cut-out provides for ease of flow between the living and dining rooms at 448 Lincoln Street.

Interior: A spacious kitchen with plenty of storage space at 448 Lincoln Street.

Historic charmer: A clawfoot tub and honeycomb tiles in a bathroom at 448 Lincoln Street.

Exterior: A sunny space for a container garden in downtown Santa Rosa.

Recent updates: The renovation has already begun in this 1950s ranch. There is a nice kitchen island for added work-space and pendant lighting.

Interior: A living room has been converted to a wheelchair-accessible bedroom but there are some nice features here, like a stone hearth and a wood-burning stove.

Green with envy: The lush backyard at 509 Williams Drive.

Home is where the hearth is: A fireplace warms the living room at 435 Pythian Road.

Interior: An open-concept great room with combined spaces for dining and relaxing.

Sunnyside of life: Enjoy your coffee and crosswords on the sun porch at 435 Pythian Road.

Exterior: A paved space ideal for backyard barbecues with friends.

Family matters: A spacious family room with a fireplace and backyard access.

Gardener's delight: Plenty of space for gardening in the sunny backyard.

Historic homes have a certain romantic appeal, allowing us to envision what life was like during a different era. When remodeled well, they preserve the best of the past while making homes fit for modern living.

A new study by Compass real estate takes a look at sales of historic homes in Sonoma and Napa counties, providing insight into a niche market. Their analysis reveals surprising details on the size of homes, quantity sold, and average price.

During the twelve-month period from August 2019 to August 2020, the group looked at sales of houses, condos, and town homes reported to the Multiple Listing Service (MLS).

The largest number of homes sold was from recent history. Although not quite “historic,” the numbers are intriguing. One thousand nine hundred and thirty-nine homes built between 1980 and 1999 closed during this period and the average price was $700,000. Not surprisingly, there is a large stock of homes built locally during this time in Napa and Sonoma counties. The properties are larger and usually require fewer updates.

Mid-century homes also fared well. One thousand six hundred and ninety-six homes built between 1960 and 1979 sold from August to August. Eight hundred and seventeen properties closed that were constructed between 1940 and 1959. Their average price points were $670,000 and $610,000 respectively.

According to Compass, 255 cozy bungalows dating from the twenties and thirties sold in Sonoma and Napa counties. Their average price was $625,000, and they were only around 1,230 square feet.

For real historic charmers, the price goes up. Homes built prior to 1920 sell for $856,000 on average and their median square footage is 1,530. With a shortage of stock from this era, only 176 homes sold during the twelve months studied for this report.